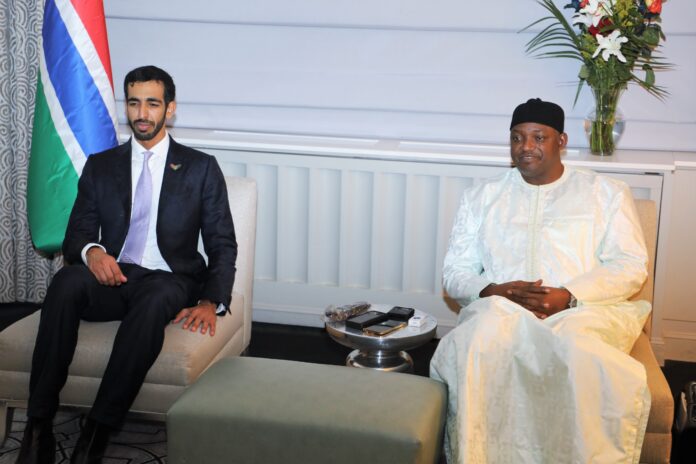 During the meeting that was meant to strengthen the already existing relations between their two countries, President Barrow emphasised the importance of partnerships that would enhance the livelihoods of Gambians, saying, “We want partners who would invest in areas that would impact on the lives of our people.”

On his part, Minister Mubarak expressed his country’s desire to partner with The Gambia for the mutual interest of both countries.

The two leaders discussed the UAE’s participation in the use of port operators in the maritime domain, ratification of the UAE and The Gambia treaty, agricultural development, funding of OIC projects, and the situation of Gambian detainees in the UAE.