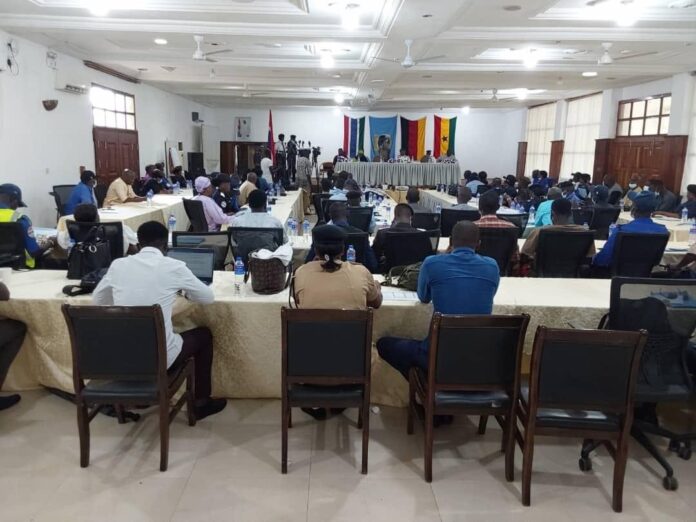 The Gambia Police Force yesterday concluded the training of the first batch of joint-security training on criminal justice executive courses in a ceremony held at Paradise suites hotel.

Among other objectives of the Training is to enhance the capacities of the Law Enforcement Agency officers in the Investigation and Prosecution of criminal cases, as well as encourage them to forge stronger cooperation and coordination ties among themselves and with other stakeholders of the Criminal Justice system, for effective delivery of service.

The ceremony, marking the closing of the first cohort of 80 trainees was sponsored by the German Foreign Ministry and implemented by the Kofi Anan International Peace Training Centre (KAIPTC). Another 80 participants are expected to commence training by next week.

Various resource persons for the delivery of this course included Magistrates from the Gambia Judiciary, the Police AIG for Admin, the Course Director from Kofi Anan International Peace Training Centre, Assistant Commissioner of Police Abdul Razak Osman, and the deputy officer commanding police planning and Training office of The GPF ASP Ousman Colley. Participants were trained in a variety of areas including, The Criminal Justice System and Actors involved, the Role of Police in the investigation and Prosecution of criminal cases, Juvenile Justice, Terrorism and Counter-terrorism, Policing Ethics and Service Code of Conduct, and Gender Mainstreaming among other things.

Speaking on behalf of the Inspector General of Police, AIG Ebrima Bah commended the organizers and thanked KAIPTC through the Course Director and Team from Ghana for their continued support and collaboration in building the capacities of the different forces.