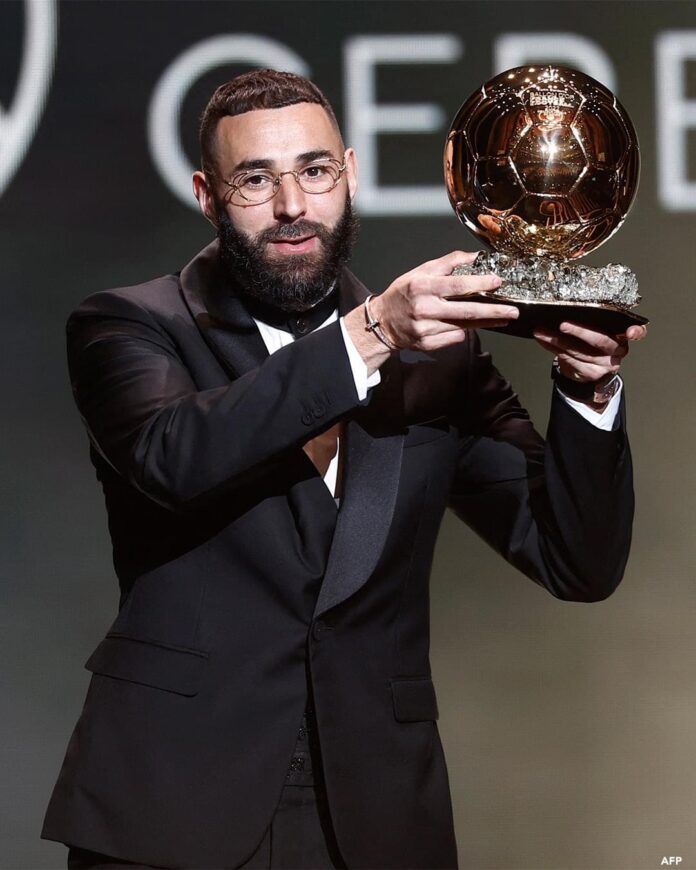 Benzema, who played a pivotal role in Real’s run to the Champions League title last season, is the first French player to win the trophy since Zinedine Zidane in 1998.