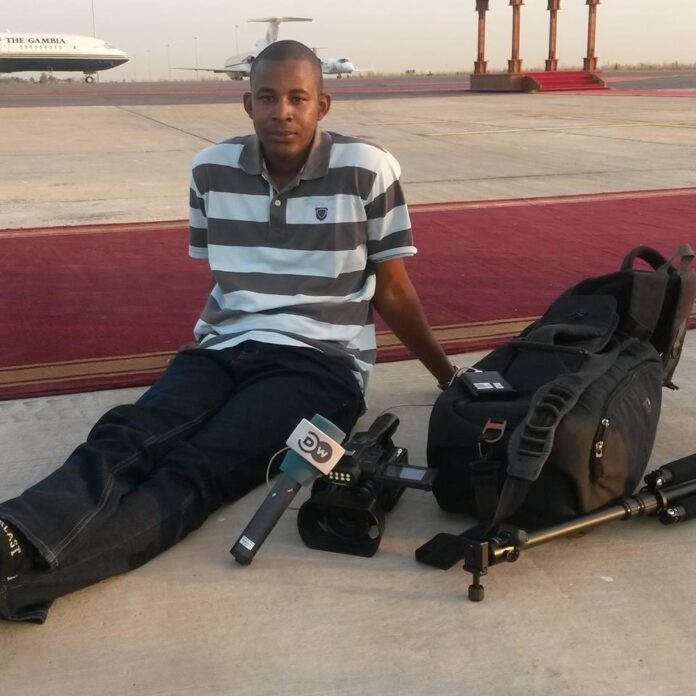 Standing with Journalist Omar Wally!
By Madi Jobarteh
All citizens must defend the press and its journalists from public officials who weaponise their positions to attack the media. Government officials who ridicule, insult and threaten journalists are only doing so to silence the media hence silence the public hence kill transparency and accountability thereby promoting bad governance. This is what Government Spokesperson Ebrima Sankareh did at his so-called major press conference on Thursday.

The decision of Sankareh to bring in a known NPP political agent provocateur at that gathering and then attack Omar Wally for exposing his unprofessional conduct must be condemned.

It is common for business companies, public institutions, CSOs, political parties and all forms of organisations to have media officers and operate media units and media platforms and outlets such as newsletters, radio and TV stations and social media tools.

The objective of such people is only to promote their organisational or business or party agenda, interests, and messages and their goods and services. Hence Ebrima Sankareh was only seeking to misinform and mislead the public with the intention to undermine journalism when he identified a known NPP operative as a ‘bona-fide journalist’. Kudos to Omar Wally therefore for standing his ground to defend the independence and integrity of the media and journalists by exposing official misconduct.

I demand GPU to clarify if they have issued a press card to this person as a journalist or not. Sankareh must be held to account for his unruly, aggressive and dishonest manners that he always perpetrates in official functions. He does not deserve to hold this position and all must demand that he is removed immediately. By bringing in a political party stooge to provoke journalists who are doing their job in an official function is a gross misconduct for which he must be held accountable.

Journalism is a noble profession and GPU and indeed all citizens should not allow a Government Spokesperson to put this noble trade into disrepute. It is a shame that Sankareh would bring in a partisan political operative to embed him into journalists in an official function whose only role was to attack journalists hence prevent them from performing their constitutional duty in holding the State accountable on behalf of the people.

Sankareh knows very well that this individual has never been a journalist. He knows that this individual is an NPP thug. Why therefore bring such a person to such an official function? Instead of Sankareh making sure such an ineligible person was not in that event, Sankareh rather directs his venom towards journalists in defense of a political thug. That’s most unforgivable and unfortunate for which Sankareh must be asked to resign or be sacked from that position.

For The Gambia Our Homeland