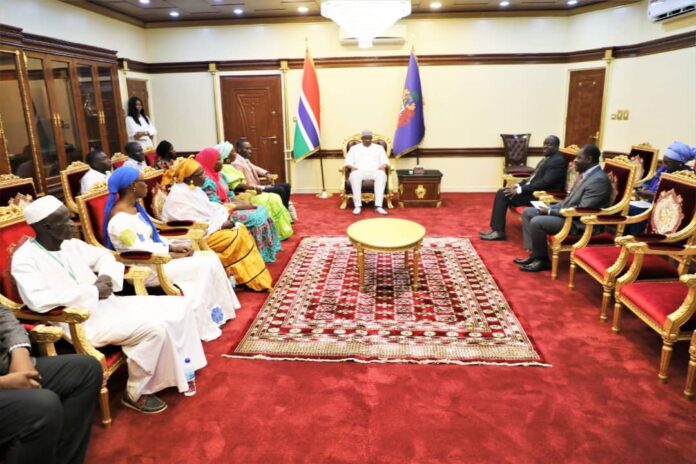 In a speech to a delegation of the Association at the State House on Tuesday 12th October, the President praised the Association’s founder, Alpha Baldeh, for returning home to initiate modern farming practices that would alleviate poverty.

Assuring food security is the ultimate responsibility of members. President Barrow thanked them for taking up that role. Farmers will be able to preserve and market their crops more easily as a result of the Resilience of Organizations for Transformative Smallholder Agriculture project (ROOTS) under the Ministry of Agriculture.

In a statement to the gathering press, Alpha Baldeh announced that the Association’s President welcomed the initiative and promised to support it. He said they shared with the President the prospects of improving production through intelligent technologies.

‘As smart farmers, we presented his Excellency with solutions. How we can scale up production to reduce importation and not depend on chemical fertilizers,’’ he noted.