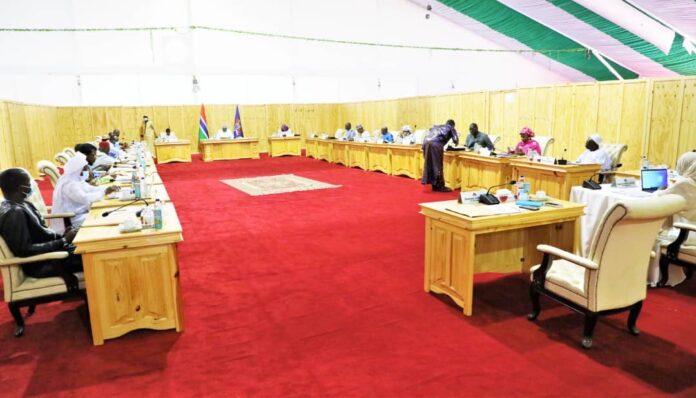 Banjul, 14th October 2022: President AdamaBarrow said the recent Acute Kidney Injury (AKI) outbreak in the country is a challenging time for the government, families, and the people, and called on all to close ranks to come out of the crisis better prepared.  He made the call during an emergency Cabinet meeting he summoned on Thursday, 13th October 2022, for an update on the 66 plus AKI deaths associated with contaminated Indian-made syrups imported into The Gambia in June this year.

According to updates, as of 13th October 2022, the number of AKI deaths related cases has risen to 70, and all may be linked to the use of the said contaminated drugs.

The President was emphatic that his government is determined to unearth the details of the cases, as “the children died in unusual circumstances.”

Accordingly, a directive was issued to open criminal investigations. The ongoing police investigations have established the importer, licensee and quantity of, drugs imported in June 2022. Atlantic Pharmaceuticals Company Limited brought into the country a consignment of 50,000 units of medicinal syrup, of which the Health Authorities recalled over 41,000. However, over 8,000 units are still unaccounted for.

The probe established that the Medicine Control Agency – MCA was established by the Medicines and Related Products Act 2014.   At the time it started product registration in 2017, there were thousands of unregistered products in the country.  This was due to a lack of testing facilities in The Gambia and the exorbitant cost involved in outsourcing the testing. However, Cabinet was informed that the World Bank has agreed to establish a medicines and drugs testing facility in The Gambia.

Furthermore, there is an ongoing international medical investigation in collaboration with the World Health Organisation (WHO), and the Centre for Disease Control (CDC) of the United States of America and Africa, looking into the medical causes of the AKI deaths among children in The Gambia and related medical matters.

Having received an in-depth briefing on the AKI death cases, Cabinet concluded by setting up a broad-based Commission of Inquiry, whose terms of Reference and Composition will be gazetted shortly.