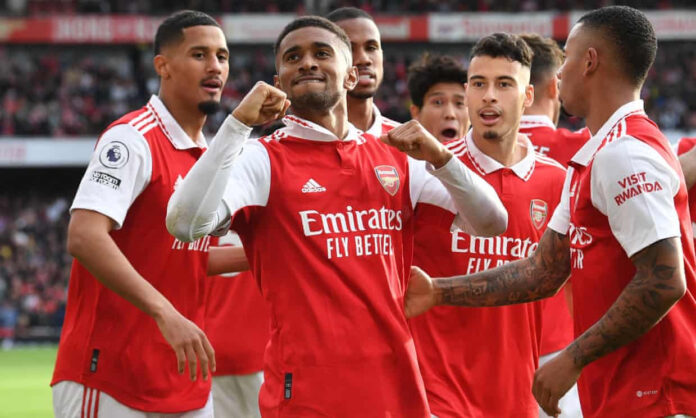 With Reiss Nelson’s unlikely support act, Arsenal swept aside Nottingham Forest to reclaim top spot in the Premier League. In the second half, Nelson scored two goals in three minutes to give Arsenal their biggest win of the season in place of the injured Bukayo Saka. Having spent last season on loan at Feyenoord, Nelson scored five goals overall last season.

Even though Saka lasted only 27 minutes, Gabriel Martinelli scored the opening goal to overshadow any notions of travel fatigue among Mikel Arteta’s pacesetters. Thomas Partey electrified the Emirates with a thumping goal after Nelson took full advantage of a rare opportunity with a quickfire double.

An additional fifth goal for the rampant hosts completed a miserable afternoon for the Forest team.
Theguardian