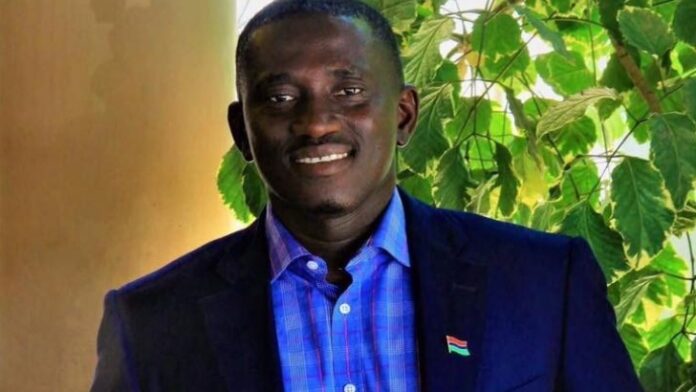 Abdoulie Fatty, Momodou Sabally’s attorney, has asked the High Court in Banjul to move forward with his client’s hearing by filing a certificate of urgency.

Last week, Mr. Sabally was taken into custody in connection with a video that was going around and in which he was said to have said they would take the country from the president before the elections for local government. Since then, his attorney has expressed concern that he might be accused of treason as part of a “well-designed” plan to prevent him from being free.

On December 23, 2022, the state made an ex-parte motion to keep Mr. Sabally in custody, and the court granted the request while the motion was heard and decided.

However, in a summons of notice that was submitted to the high court and seen by The Standard, Lawyer Fatty asked the court to move quickly through the case.

Lawyer Fatty argued in the summons that Mr. Sabally’s constitutionally guaranteed rights under section 19(3)(b) are violated more severely the longer he remains in custody without being charged.

“The court should quickly deal with any application seeking protection and enforcement of Chapter IV rights under the constitution in cases where there is a serious risk of continuous infringement of fundamental rights and freedoms, such as in the present case. The summons continued, “This application raises urgent constitutional and civil liberties issues.”

Mr. Fatty argued that his client has not been charged with any crime or brought before a court since his arrest and detention on December 21, 2022.

“Time is of the essence, and the Applicant may continue to languish in state custody, further depriving him of his constitutionally guaranteed rights, unless the summons on notice dated 27 December 2022 and filed on 28 December 2022 is dealt with urgently. This application brings up significant issues that are fundamental to the rule of law and accessibility to swift justice. Therefore, “the Summons of Notice herein is heard as a matter of extreme urgency in the interest of justice and constitutionality,” Fatty added in his summons. The matter is expected to be heard at the High Court on Tuesday at 10 a.m.