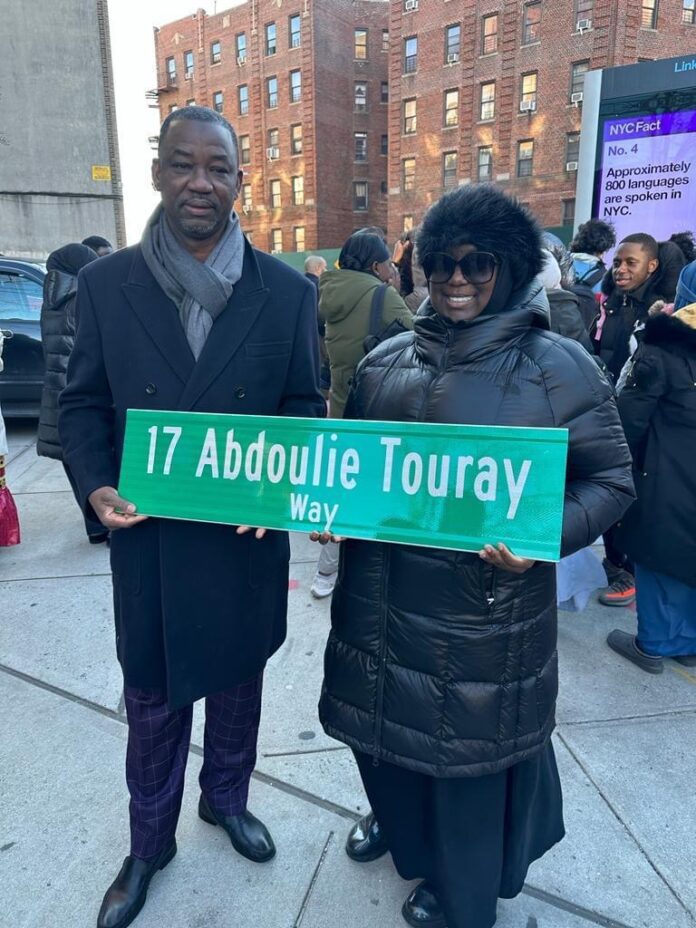 The Mayor of New York City, Eric Adams, on Monday joined families of victims of the tragic Bronx fire incident at Masjid Ar-Rahmah for a private service, to remember and pray for the 17 souls that perished in the deadly Twin Parks fire in 2022. The majority of the victims were Gambians and other West African nationals.

The somber ceremony witnessed the raising of a new street sign, 17 Abdoulie Touray Way, honoring the first Gambian who moved to the Twin Parks. Mr. Touray became a leading figure in Bronx due to his tireless service in the community.

Mayor Adams said the fire incident had a devastating impact on the community. He used the occasion to call for the unification of the African spirit and energy, while reaffirming his office’s commitment to resolve issues that the community continue to face.
NYC Mayor’s Office