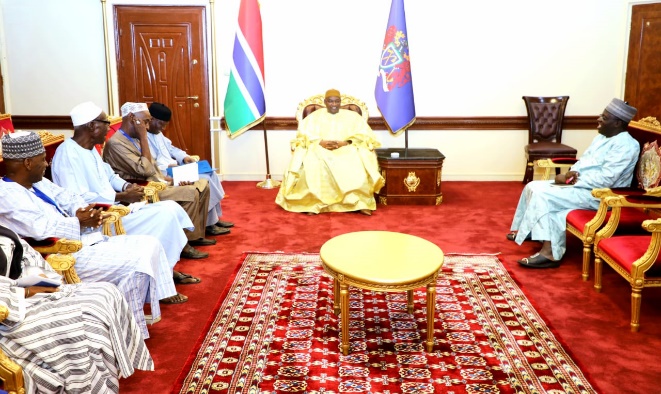 During a courtesy visit at his office on Friday, 28th October 2022. President Adama Barrow applauded the Public Service Commission (PSC) for its professionalism and dedication to delivering its mandate and instilling discipline in public service.

The President told the PSC team that his office would not interfere with their work and would support them to continue being independent in their delivery. He congratulated the Commission for embracing modern technology in keeping with the government’s Institutional Reform program by implementing an E-recruitment system.

The Chairman of the Commission, Mr. Lamin Samateh, gave an update on its activities, including public services and outreach administrations to monitor the welfare of employees at rural postings. He said some of the challenges the commission faces include difficulty in postings, especially with senior public servants, and the lengthy tenure of Permanent Secretaries and other senior officials in MDAs.

He asserted that the Commission dedicates to ensuring promotions based on performance reviews and discipline in the public service. The Chairman applauded the President’s office for ensuring that the PSC is an autonomous institution carrying out its mandate without any interference.