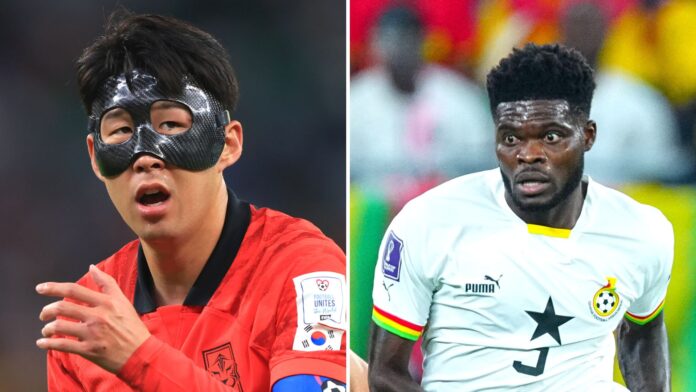 At Education City Stadium, Mohammed Salisu scored against the clock midway through the first half, and Ajax midfielder Kudus doubled the Black Stars’ lead.
But the Asian team, which looked weak in the first half, came back strong after the break with a quick double from forward Cho Gue-sung just after the hour.

Ghana appeared to be shell-shocked as the Korean fans wildly celebrated, but in the 68th minute, Kudus calmly finished at the back post after Inaki Williams failed to connect with a left-footed cross.

Ghana moves up three spots in Group H as a result.
Portugal, led by Cristiano Ronaldo, will earn six points and advance to the round of 16 if they defeat Uruguay in the later kickoff in Qatar.

South Korea appears likely to exit the World Cup at the group stage for the third time in a row, despite their efforts.
The Asian team, led by Son Heung-min, settled in quicker and won a series of corners as they dominated possession, but they couldn’t get a shot off in the first half.

Son constantly adjusted the black face mask he is wearing after surgery for a facial injury he sustained while playing for the Spurs, making him appear uncomfortable.

Ghana struggled to establish a foothold in the game after losing their first match 3-2 to Portugal.

But in the 24th minute, Ghana’s impressive Jordan Ayew, playing down the left, swung in a cross from a free kick to completely change the game.

Salisu, a Southampton center back, scored with his left foot after South Korea failed to clear, eliciting wild celebrations from Ghana fans clad in red, white, and green.