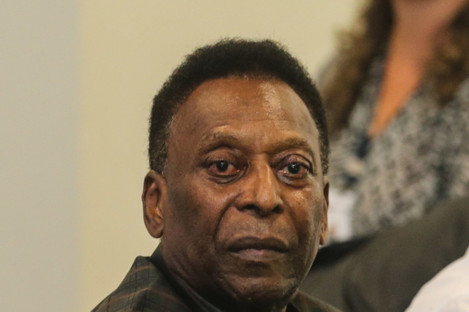 Brazil-based reports claim that PELE has been transferred to a hospital’s palliative care unit. The former Brazil international’s chemotherapy has been stopped, and Folha reports that he is now receiving treatment for pain and shortness of breath.

The 82-year-old has been undergoing treatment for colon cancer and had surgery in September 2021 to remove a tumor.

Kely Nascimento, Pele’s daughter, posted an update on social media stating that there was no “new dire prediction” following reports that Pele, who is regarded as the first world superstar of football, had been taken back to the hospital amid growing health concerns.
A post on Pele’s Instagram account on Thursday evening appeared to dispel any significant concerns.

The great Brazilian athlete wrote: “attached to a photograph of a ‘get well soon’ message displayed on buildings at the World Cup in Qatar.”Friends, today is my monthly visit to the hospital.

Positive messages like these are always welcome.I am grateful to Qatar for this tribute and to everyone who wishes me well!

At the 1958 World Cup, when he was 17 years old, Pele made his international debut, assisting Brazil in achieving their first of a record five victories.

He missed the 1962 and 1966 finals due to injury, but he returned in 1970 to lead Brazil to a third victory in Mexico as part of what is widely considered to be the greatest international team of all time.