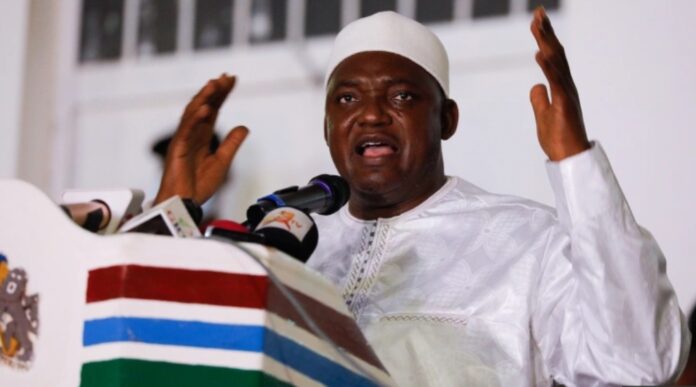 At the opening ceremony of the first-ever congress of the National People’s Party (NPP), which was held on Tuesday at the S.D.K. Jawara Conference Centre, President Adama Barrow preached about the importance of maintaining stability and unity. He stated to party supporters and militants, “The time is long overdue for us to work together and eliminate hate, extremism, religious divides, tribalism, and insults that pose threats to our unity and stability.”

He featured his accomplishments as president and consoled Gambians of ceaseless turn of events.

Mr. Barrow stated, “In the short five years of our transition, we have built bridges, constructed a massive rural road network, improved access to electricity and water supply, and built schools.” We have improved security and the rule of law, among other things. As a result, we will continue to collaborate with patriotic citizens for improved development.

The leader of the NPP mentioned that the nation ought to make a decision to join the new generation of Gambians and Africans who will define and carry out their mission in order to inspire subsequent generations to perform the same great service to humanity.

He concluded by saying, “Let us, individually and collectively, preserve the trust and confidence reposed in us by the Party, the Government, and the People.”

Barrow thanked his political allies, stating, “The country is reaching its development goals due to your laudable cooperation.”

He urged the next NPP executive to carry on the noble endeavor of assisting the government in providing the nation with a more comprehensive and concrete development pattern.

The national president of the NPP, Dembo Bojang, urged all partisans to continue their campaigns. We should stop having fun parties all the time and focus more on campaigns to ensure that our party’s messages get to every part of the country on a regular basis, he suggested.