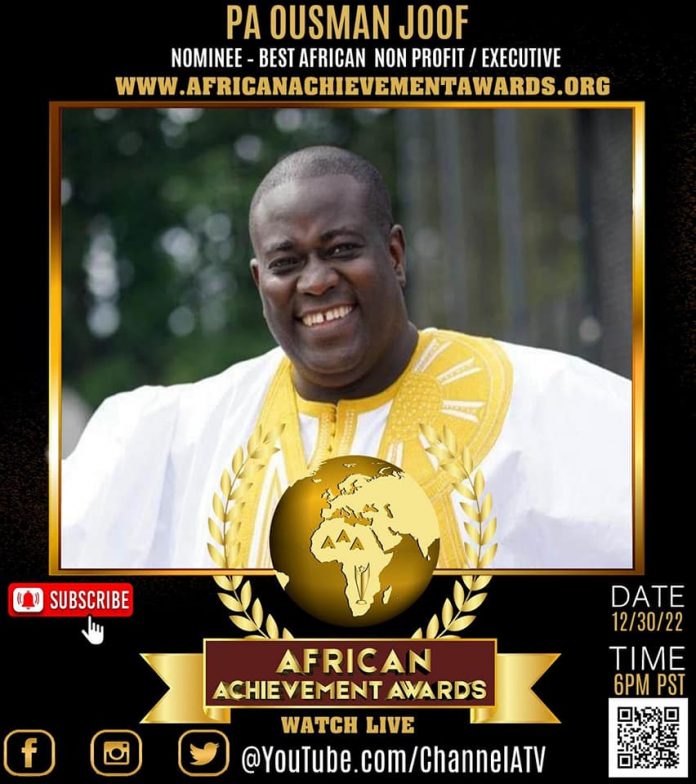 Mr. Joof is a prominent Gambian in the state of Washington in the United States. He founded the Washington West African Centre in Seattle and the Gambia Talents Promotion as a journalist.

He was named Washington State’s Best African Nonprofit Executive. On the other hand, Channel A TV in Washington presented his organization, the Washington West African Centre, with the African Achievement Awards, a prestigious Premier Multifaceted Red Carpet award each year.

“I am honored to receive this Award on behalf of the Board of Directors, Staff, interns, volunteers, and the entire West African Community in Washington State. It is a good feeling to do something and be recognized for it,” delightful Pa told Alkamba Times from his base in Washington State”