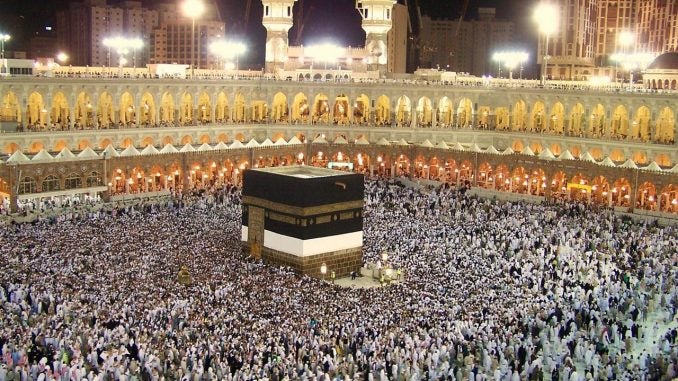 Hajj in Saudi Arabia: According to Tawfiq Al-Rabiah, the number of people participating in this year’s Hajj will be the same as it was before the pandemic.

Arab News cited Saudi Arabia’s Minister of Hajj and Umrah Tawfiq Al-Rabiah as saying that the number of pilgrims participating in this year’s Hajj will not be limited.

Tawfiq Al-Rabiah stated at the Hajj Expo 2023 that this year’s Hajj pilgrims will not be restricted in age, and that the number of people participating will return to levels that existed prior to the pandemic.

“During the opening of #Hajj_Expo 2023, H.E. Minister of Hajj and Umrah Dr. Tawfiq AlRabiah announces:'” was a tweet from Saudi Arabia’s Ministry of Hajj and Umrah. The number of Hajj pilgrims in 1444H will be the same as it was prior to the Coronavirus pandemic, regardless of age.”

The pilgrimage was attended by approximately 2.5 million people in 2019, according to Arab News. However, the spread of the COVID-19 pandemic resulted in a decline in pilgrims over the following two years.

According to a report in Arab News, the Ministry of Hajj and Umrah of Saudi Arabia made an earlier announcement on January 5 that residents of the nation who wish to perform the Hajj this year can apply for the pilgrimage. The ministry stated that local residents would have access to four types of Hajj packages.

According to the Arab News report, applicants for pilgrimage must possess a national or resident identity valid until the middle of July. Pilgrims must present proof of vaccination against seasonal influenza and COVID-19.

Prior to visiting the holy sites, they must also obtain a vaccination certificate for the ACYW quadruple meningitis vaccine at least 10 days in advance. The Ministry of Hajj and Umrah in Saudi Arabia urged all applicants to sign up directly on its website and not to use the same mobile number for multiple applications.