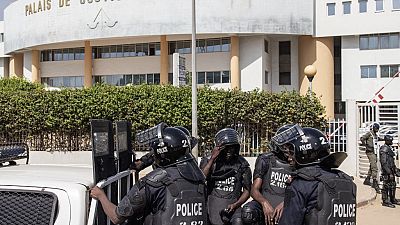 A source informed The Point that Senegalese security personnel have allegedly entered Pallo, a Gambian village in the Niani District of the Central River Region’s north, and raided a compound. They attacked Sering Njie and his wife during the raid after accusing him of purchasing a stolen motorcycle from a Senegalese citizen.

They are said to have opened fire, handcuffed Mr. Njie and his wife, and taken more than two million CFA and a certain amount of Gambian dalasis from him.

In addition, they allegedly stole money from Mr. Njie’s mother and assaulted his pregnant wife, resulting in a “miscarriage.”

“At first I thought they were armed robbers dressed in Senegalese police uniforms when they asked me for money. He narrated, “They threatened to kill my mother if she did not give them all the money she had, so they took all my money and my mother’s money.”

He claimed that when they attempted to arrest him and transport him and his wife to Senegal, villagers arrived and caused a disturbance. They fired multiple times at this point and then vanished,” he stated.

LOCAL WEATHER FORECAST INTERPRETER DISCOURAGES THE USE OF ENGLISH TEXT FOR...