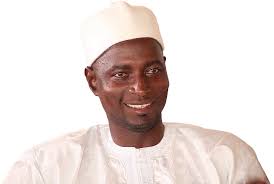 A news release from the party headquarters reads as follows: The National People’s Party (NPP) has announced applications for the upcoming Local Government Elections for Mayor, Chairmen, and Ward Councilors:

“The National People’s Party informs all its members, supporters, and well-wishers that applications are open to all those interested in vying for the position of Ward Councilor, Regional Council Chairman, or Mayor under the NPP ticket from 17th to 24th January 2023 for all categories,” in response to the Independent Electoral Commission (IEC) announcement of dates for the April and May 2023 Local Government Elections of Wards, Area Council Chairmen, and Mayors.

“He has confidently lived the virtues of honesty, humility and steadfastness “_ Speaker

A copy of a valid Voter’s Card from the area of residence where the prospective candidate wishes to contest must accompany each application. To be eligible for the election, each candidate must meet the constitutional and electoral law requirements.

The Party would like to remind all of its members, supporters, and well-wishers to always uphold its principles of discipline, law and order, democracy, and political tolerance. Everyone is urged to accept and support successful applicants for a formidable campaign that will result in a fitting victory in both elections.

NPP, APRC, and NRP will be filling the following wards:

(1) The NPP must fill every Ward in Banjul. (2) KM: The following wards will be filled by APRC:

(3)The West Coast Region (WCR) APRC will fill all Foni Wards with the exception of Abuko Bundung 6 Junction Talinding North Ebo Town Kotu/Manjai Ward The following positions will be filled by the NPP APRC:

NRP will cover: The NPP will fill in for the remaining wards of Nianija, Njau, Kaur, and Panchang.