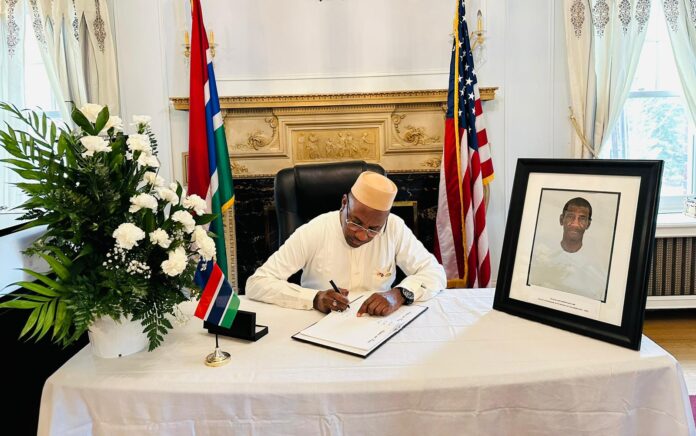 Today, members of the Gambian community in Nouakchott and the Embassy of The Gambia in Mauritania gathered at the ambassador’s residence to pray for the late vice president, HE Alieu Badara Joof. Numerous Gambians and employees of the Gambia Embassy attended the gathering to pay their last respects and pray for the deceased.

Additionally present were Gambian Islamic scholars, students, and the children of the Gambia cultural school, in addition to the aforementioned dignitaries.

All Gambians, President Adama Barrow and his administration, and the Joof family received condolences and prayers.

The deceased soul be redeemed by Allah SWT, the Most Merciful, with the highest of Aljannah Firdaws, may He have mercy on him. Ameen.