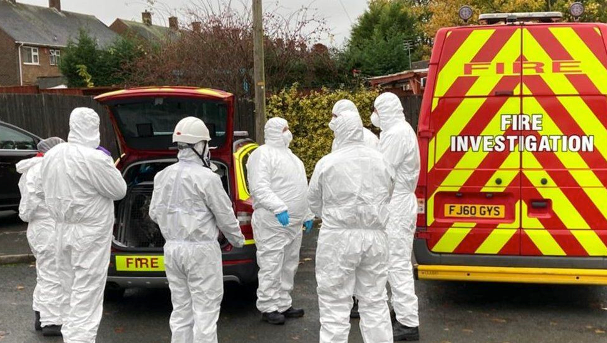 BBC England reports that a Gambian lady died from her injuries last night following a flat fire in Nottingham, UK, that also killed her two children.

After the early-morning fire in Fairisle Close, Clifton, on Sunday, the girls, who were three and one, passed away in the hospital.

A man from Clifton, 31 years old, has been taken into custody on suspicion of murder. He is also being questioned on the suspicion that he tried to kill someone.
Binta Sheriff, a 28-year-old Gambian lady, is the girls’ mother, according to close sources.

According to Nottinghamshire Police Insp. Karl Thomas, We will do everything in our power to ensure that the family receives justice.

The fire was started intentionally, according to the police and fire departments’ joint investigation.
To “offer reassurance to the community that this matter is being dealt with at the highest levels,” the police stated that officers would be conducting high-visibility patrols in the area.

After being called to the house around 04:00 GMT on Sunday, police and the fire department began a murder investigation.
The fire, which broke out in a first-floor apartment on a two-storey house, was started intentionally, according to the police.

As crews dealt with the fire, nearby properties were temporarily evacuated.