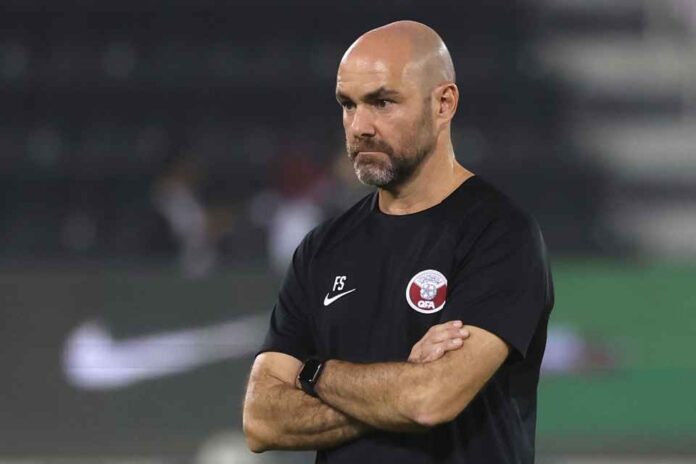 After the hosts became the first team to be eliminated from the World Cup, manager Felix Sanchez stated on Friday that the early World Cup exit of QATAR would not be fatal for the country’s football development. Within hours of their 3-1 defeat to Senegal, Qatar was on the verge of elimination after Ecuador and the Netherlands played to a 1-1 draw.

However, despite the disappointment, Sanchez anticipates a return to the biggest stage in the world because he is confident that football will continue to grow in the tiny Gulf state.

The Spaniard, who led Qatar to the 2019 Asian Cup championship, said, “The World Cup will end, but football will continue here.”

“They want to keep developing young talent so they can make the senior team because it is a country that plays football.In Asia, we can continue to compete within our limitations.

“By doing that, we’ll get more experience and be able to participate in more competitions like this,” says the coach.
Qatar made a cheeky beginning to the competition in a first day of the season rout to Ecuador yet set up to a greater degree a battle against Senegal.

When Senegal scored two goals in the second half and Mohammed Muntari, a substitute, pulled one back to set up a dramatic finish, the hosts refused to give up.

Six minutes later, Senegal scored a third goal to stop the comeback, but Sanchez was pleased with his team’s determination.

He stated, “We wanted to demonstrate what we could do on the pitch today.”
“The players did very well, and at times we managed to compete against a tough opponent in Senegal,” despite the fact that “most of our opponents are ahead of us.”
Sanchez is confident that the hosts’ final group match against the Netherlands on Tuesday will not be meaningless, despite the fact that it has now become a dead rubber.

He stated, “We have a very tough opponent in the Netherlands, and we intend to be competitive.”

“Playing at a World Cup, we can’t miss a chance like this.”