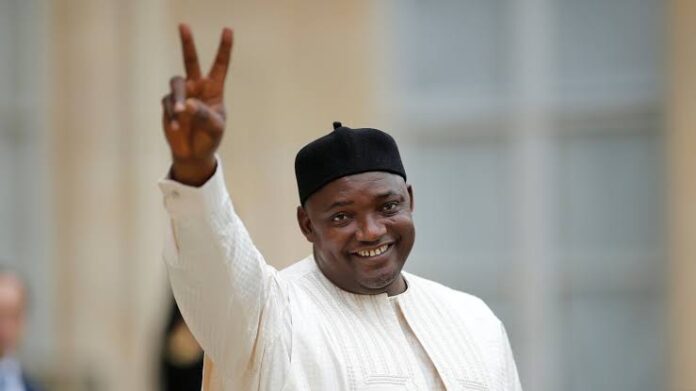 In the Jimara Constituency of the Upper River Region (URR), His Excellency President Adama Barrow has pledged to supply electricity to over 20 communities. At a joint meeting of the Basse and Jimara constituencies held at Mankamang Kunda in URR on Saturday night, President Barrow gave a speech.

The meeting was part of his Meet the People Tour, which is a nationwide tour every year that is required by the Constitution.The tour this year has as its theme:We can work together to maintain peace and stability while also accelerating socioeconomic growth.

In regards to youth employment, he stated that the government of The Gambia is currently attempting to employ 1,500 youth while encouraging them to be committed to the country’s development.