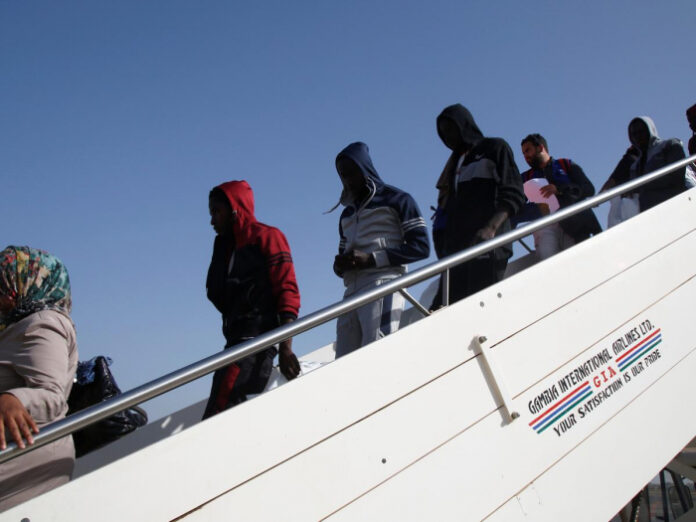 According to the Federal Employment Agency of Germany’s semi-annual report, at least 4950 Gambian asylum seekers’ current situation in Germany is unclear, putting them at risk of being expelled in the future. They shaped 30% of Gambian refuge searchers – 16190 – whose fates stay obscure in Germany.

Advertisement According to the report that was made public last week, “If one adds the job seekers (1580), those registered as unemployed (780), and applicants for vocational training (160), there remain 4950 people from The Gambia who are not registered with the employment agency, and whose circumstances are therefore unclear.”

Yahya Sonko, a refugee activist and speaker at the Refugee Council of Baden-Württemberg for the Gambia, addressed the development and described the findings as “sad” despite the fact that they pertain to all other African nations with migrants in Germany.

He stated to The Standard, “These are some of the people who will face deportation in the coming year and months.”What is significant is for us as supporters and our Gambia government to work hand in gloves to help those Gambians who are not in the framework.

Let us learn about them, who they are, what their issues are, and how we can integrate them into Germany.

Mr. Sokno stated that The Gambia is unable to handle thousands of disgruntled deportees and emphasized the significance of taking action to avert the deportations.

We are already having trouble managing those who have already been deported.

The number is enormous, and Germany will ultimately deport them if nothing is done.There are too many people for our government to handle.

He stated, “What we can do is look for ways to help these people self-actualize here in Germany by involving them in vocation training.”

The minister of higher education emphasizes the need to produce domestic...