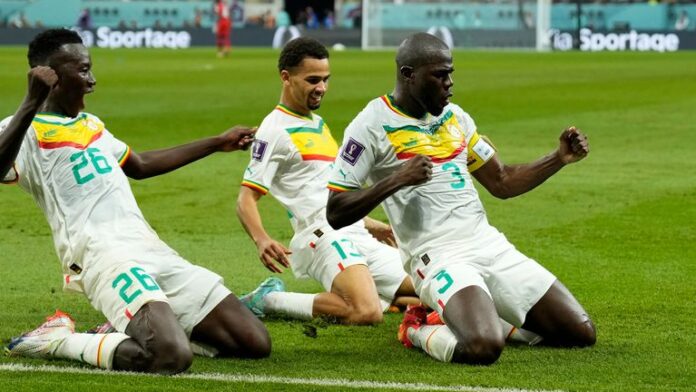 Senegal beat Ecuador 2-1 to finish second in Group A and advance to the World Cup’s last 16 thanks to a goal by KALIDOU KOULIBALY in the second half. Brazil seal last-16 outstanding win over Switzerland
However, Senegal quickly regained the lead when captain Koulibaly scored from a free kick to send his team into the knockout stage and a possible matchup with England.

Enner Valencia, a former striker for West Ham and Everton who scored three goals in the first two games, started for Ecuador, who would have qualified if they had drawn.

When the ball passed through the penalty area to Idrissa Gueye in the first two minutes, Senegal, the champions of the 2021 Africa Cup of Nations, had a great chance, but the Everton midfielder shot wide.

Boulaye Dia was played into the box on the right side by Youssouf Sabaly. His low, angled shot went over the goal and past the far post, and Sarr came in from the left and shot wide of the top corner.

Piero Hincapie’s collision with Sarr just before halftime resulted in a penalty kick for Senegal, who beat hosts Qatar after losing their first group match to the Netherlands.

The frontman for the Hornets stood to take the penalty kick, and he calmly rolled the ball past Ecuador’s Hernan Galindez.

Ecuador evened the score in the 68th minute when Brighton midfielder Caicedo scored from close range following a corner after seeing a lot more possession.
But with 20 minutes remaining, Senegal scored again from a set piece of their own.