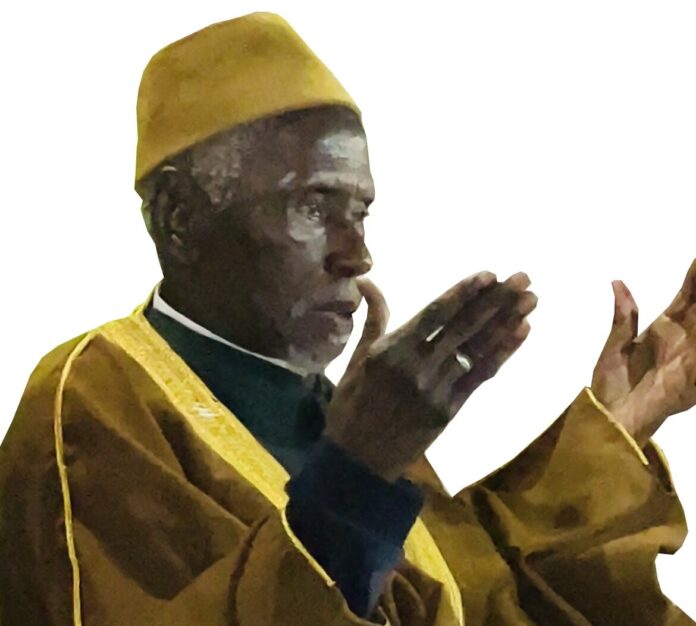 After touring the Sheriff settlements in Senegal and The Gambia, the Caliph General of Darsilameh in Casamance paid a visit to Darsilameh Sangajorr in Foi Kansala, West Coast Region. Sheikh Sidat Sheikhna Sheikh Abba Hydara has been traveling since the beginning of his reign this year to reunite with his family after more than three decades apart.

Sheikh Sidat crossed into The Gambia on Friday for the final leg of his journey at Darsilameh Sangajorr, a small semi-island village. He had previously been to Mahmuda, Binako, Ummul Qura, Sunbundu, and Hamdan.

Sheikh Malaine Hydara, the Caliph of Darsilameh Sangajorr and a beloved of Sheikh Sidat, led the welcome.

Bunennah Hydara told the Darsilameh people, who were in a happy mood as she introduced the delegation, that Sheikh had come to honor the great leaders of the village who had been there for generations.

“After spending only a month at Darsilameh {Casamance} since his arrival from France, Sheikh Sidat said he would not settle down until he goes and meets Sheikh Mahfu’s children. The Caliph greets you, Sheikh Malaine. He has gone everywhere to meet people but he is happiest here in Darsilameh,” Bunennah said on behalf of the Caliph.