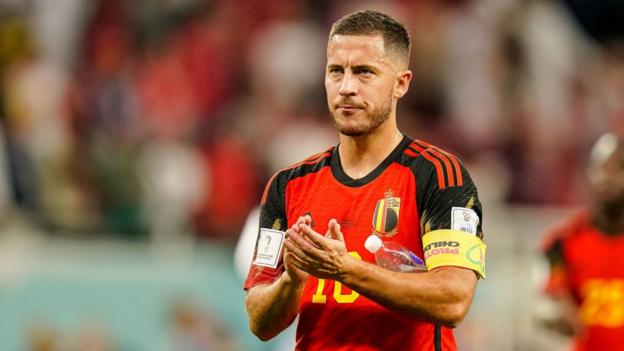 In light of Belgium’s exit from the World Cup in Qatar in the group stage, Eden Hazard has announced his retirement from international competition. The 31-year-old uncovered the choice on his social media account under seven days after his side were wiped out following a goalless draw with Croatia.

Eden Hazard, who made his debut for Belgium in 2008 when he was 17 years old, wrote: Today, a page turns; I am grateful for your love.

“I am indebted to you for your unmatched support. I am grateful for the happiness we have shared since 2008. I’ve made the decision to end my international career. The next step is ready. I’ll miss you a lot.

The Real Madrid winger was awarded 126 caps for his country, scoring 33 goals and serving as captain 56 times.

However, he only appeared for the final three minutes of the match against Croatia during the World Cup campaign.